skip to main | skip to sidebar

4 years of extreme drought in Southern California and now experts are predicting a wet El Nino, bringing too much rainfall here during Fall and Winter. That may sound good, but what we need is snowpack in the mountains and not rain along the coast. El Nino is caused by a warming temperature in the Eastern Pacific Ocean causing more precipitation in the form of rain, not snow. Unfortunately, rain doesn't infiltrate dry and compact soil, it just runs off the hillsides and into the canyons of Southern California causing possible massive floods and mudslides.


How will this effect the landscape and housing market in Southern California? Also, don't forget we still have a water shortage, unless our government figures out how to catch the rain and bank it.

Find out the most recent sales on The Westside with the touch of a button. You can search sales by the latest week or month in the area of interest. Sales can than be sorted by Price, $/Sq. Ft., Bedrooms, Bathrooms or Sq. Ft. You can even plug in your own property and do a quick market analysis and estimate the value of your own home.

Here is a list of Venice weekly and Venice monthly transactions from Redfin. Post questions about any specific transaction for others in the area.

Here is a list of Mar Vista weekly and Mar Vista monthly transactions from Redfin. Post questions about any specific transaction for others in the area.

Here is a list of Culver City weekly and Culver City monthly transactions from Redfin. Post questions about any specific transaction for others in the area.

Here is a list of Brentwood weekly and Brentwood monthly transactions from Redfin. Post questions about any specific transaction for others in the area.

Here is a list of West LA weekly and  West LA monthly transactions . Post questions about any specific transaction for others in the area.

Here is a list of Malibu weekly and Malibu monthly transactions from Redfin. Post questions about any specific transaction for others in the area.

Unfortunately, the terrible earthquake and tsunami in Japan, has people thinking "Could that really happen here?" The answer is; Yes. Although it wouldn't be 8.9 in magnitude, the local faults here could produce an earthquake in the 7s. This isn't anything new, but I am sure your local real estate agent hasn't mentioned it. Seismic hazard zone disclosures are required in any real estate transaction, but are usually scant and buried somewhere in a mound of paperwork. To be honest, Los Angeles is riddled with faults, but the major ones of concern are:

In reality, there are many unknown faults in Los Angeles called blind thrusts (buried beneath the surface), that are invisible. The Northridge Earthquake of 1994 is a previously undiscovered blind thrust fault. Anyplace in the city where small hills or mountains exist, is due to faulting. For example, The Culver Crest Area in Culver City has great views, because it sits at the end of the Newport/Inglewood fault. Even though most people prefer not to think about earthquakes when buying a home, it should factor in your decision. The LA Basin happens to be one of the most seismically active areas in the world.

So which area would be most impacted? It depends on the fault in question. Perhaps, the 2 faults of most concern are; the Santa Monica/Malibu and Newport/Inglewood Faults. Not the San Andreas Fault. The San Andreas Fault, capable of a magnitude 8 earthquake is located over 60 miles away. Our local faults, although smaller, are located right here. The Santa Monica/Malibu Fault extends from Los Feliz, all along the Santa Monica Mountains west, to Malibu. From there, it continues offshore into the Santa Monica Bay. If a magnitude 6 or 7 earthquake occurs offshore, we almost certainly will have a tsunami. The most affected would be the low lying areas of:

The Newport/Inglewood Fault, capable of a 7.0 earthquake, would devastate the communities from Newport to Culver City and its surrounding areas. It too, extends offshore along with the Palos Verdes Fault, and both are capable of a tsunamis.In conclusion, I would consider a few things about earthquakes and tsunamis before buying a home close to Santa Monica Bay. First, avoid subterranean parking at all cost. They are known to collapse in severe shaking. Secondly, buy earthquake insurance. If it is not available, find another home. Third, pay attention to Tsunami Zone and Earthquake Zone Maps. They are there for a reason. If you want an ocean view, elevate yourself some, rather than being oceanfront at ground level. Lastly, always make sure the homes' foundation is solid and hasn't been damaged in the past.

Which Areas Will Fare Best in a Large Earthquake?

Living in Southern California, whether you like it or not, means being prepared for earthquakes. The area is riddled with faults due to an unusual bend in the San Andreas. Another concern is how the ground your home is built on reacts in the event of a large earthquake. Haiti should be a wake-up call for each of us to determine our relative risk. There are 2 websites you can check, to see if you live in any seismic hazard zones. The first map is to help you locate the earthquake faults in the Los Angeles Area . Click on the faults for more information. The second map shows what areas would liquefy or settle in the event of a major earthquake. This is the Southern California Liquefaction Map. Click on your square for a detailed map. Most will want to select the Venice, Beverly Hills or Topanga squares, then zoom in to find your location.

Nobody likes to think about earthquakes, but the fact is we live in earthquake country. Besides being prepared, it's important to know how susceptible an area is during an earthquake This could affect your decision in choosing where to live. How many people do you think even have earthquake insurance these days?

The Emotional Cycle Of Real Estate

Is it possible to gauge where we are in the real estate cycle by the emotions of human beings? Many believe there is. It is a Sin Wave called The Point Of Maximum Opportunity. It runs through 15 different stages.

What stage is The Westside on now?

Best Areas With Good Public Elementary Schools And Homes Under $1,000,000

One of our readers suggested this thread. For families with young children, a good public elementary school is one of the prime factors in choosing a home. The cost of private schools can take a huge bite out of your income and reduce the amount spent on housing. Why not find a good public school to maximize this amount. The question is, where? On Redfin, they list a Great Schools Ratings ranging from 1 - 10, based on standardized test scores and school performance. Although not the only way to judge a public school, at least it's an objective measure in which to evaluate how well their curriculums are aligned to the California State Standards.
Santa Monica, Brentwood, Bel Air, Pacific Palisades and Culver City have some of the best public elementary schools, with homes under $1,000,000. Lets compare a few in the $850,000 - $925,000 range and see what you get. In addition, I'll list the public elementary schools along with their Great School Rating.

Please fill us in, if you have information about these homes or elementary schools. Also, the cost of competing private schools would be helpful.

What Are The Best Public High Schools On The Westside?

This question seem to comes up over and over in our discussions. Certainly a huge factor for families moving to an area is, what are the public schools like in the neighborhood ? Without a doubt, parent involvement is vital to a good school. Without getting into a full blown discussion about private versus public schools, let's discuss what people know about the different public high schools on the Westside.

Here is a list of schools of which to discuss.

If you are familiar with any of these high schoosl, let us know your experiences with them. 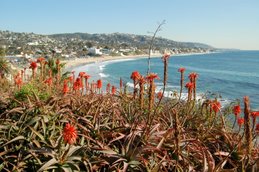 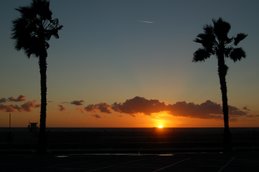 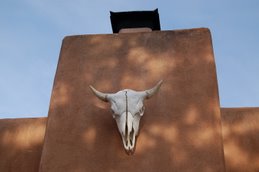 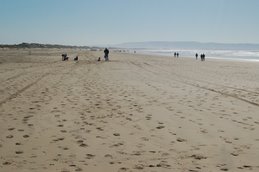 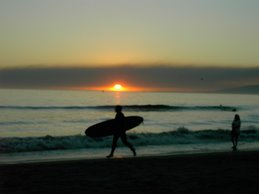 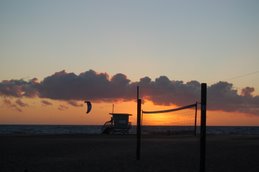 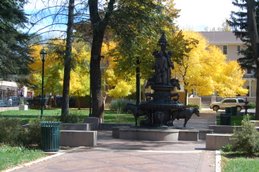 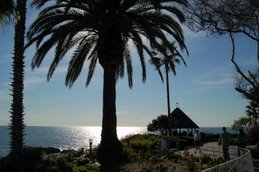 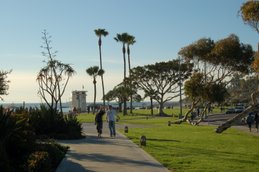 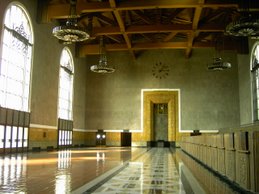 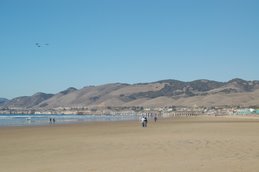 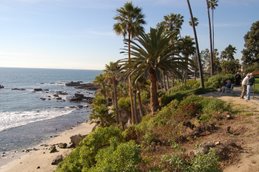 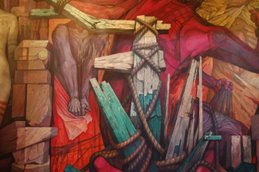 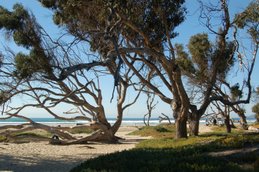 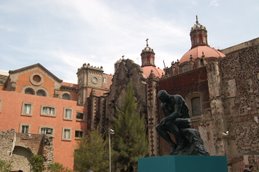 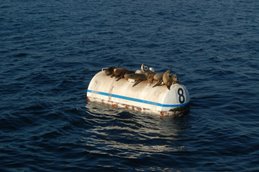 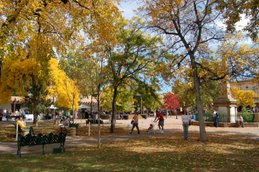 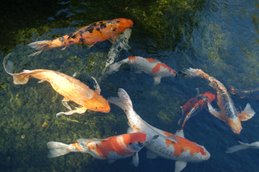 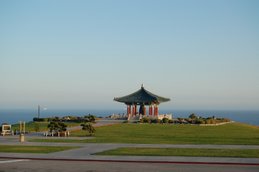 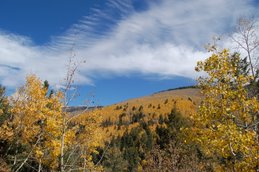 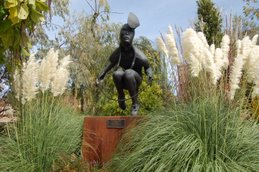 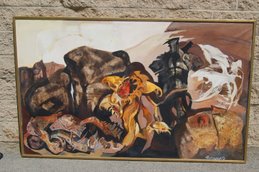 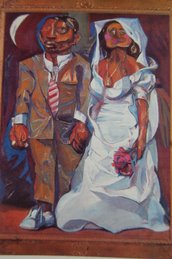 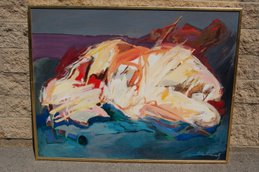 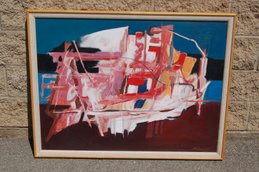